The newest and fastest-growing addition to the list, singer/songwriters keep a soft tone of voice, for the most part, but offer some of the most explosive songwriting you’ll find in any genre. 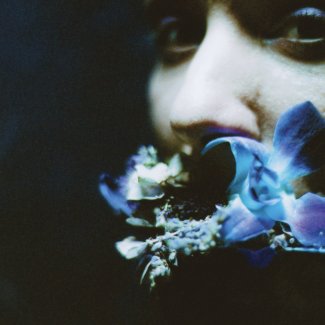 The first thing you’ll notice about Haley Fohr, better known as her musical project Circuit Des Yeux, is her deep singing voice – it’s a little Nico, and a tiny bit of Tom Waits – you can’t help but feel the melancholy undertones of it.  But Fohr also has another tool in her belt – tremendous songwriting, and the two combined makes Reaching for Indigo one of the best and most underrated albums in its genre for 2017.  An introspective take on the way we mentally interact with our surroundings, Fohr says the album was inspired by a physical experience she had, in an interview with Loud and Quiet:

“My life wasn’t terrible by any means but something really dark came down upon me and this new step happened in the process where things got so dark they combusted into this bright white light and I had this knowingness wash over me. I found this answer that I didn’t know I’d been searching for until I found it.”

This existential experience echoes throughout the album, in songs like “Brain Shift”: “Cause it all feels the same/You’re just a container containing space.” Or “A Story of this World Part II”, a semi-instrumental piece, with unintelligible lyrics, the perfect soundtrack for a mental journey. 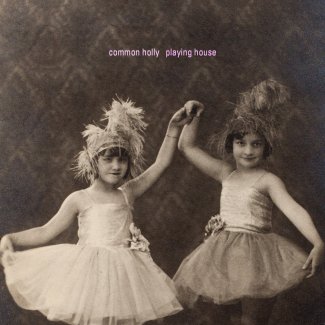 Montreal’s Common Holly, also known as Brigitte Naggar, has a quiet minimalism to her work – the instrumentation and her singing, but the heaviness of her lyricism couldn’t be louder.  Playing House isn’t your typical breakup album, as it deals with the aftermath – what you feel as an individual after a relationship comes to an end.  It’s a more introspective take on a subject so common to singer/songwriters, and Naggar is able to do this with ease on songs like “In My Heart”, speaks on the feeling of missing someone even though you know it’s more than over.  “There’s the greatest wealth/of memories and affection/i can’t help but/feel you in my self” she sings over a soft guitar pick – an instrument she has mastered, evident throughout the album, as the low guitar tones often build up to a fuller instrumentation, guiding the lyrics along.  Naggar is aware of the complexities involved with making “guitar music,” as she told BUST,

“I find oftentimes that, especially in the realm of guitar music, audiences expect less complexity in terms of composition, and that really bothers me. Someone at a show recently brought it up, and said they really admired women making complex guitar music. And to be honest, it kinda sucks that still even needs to be said. So, it’s kind of a way to debunk the myth that women and non-men have to play soft or vulnerable music. I mean, in a lot of ways, my music is sensitive [to an extent], but, like I said, I’m trying to do something different that expresses a world that exists outside of male-fronted music.” 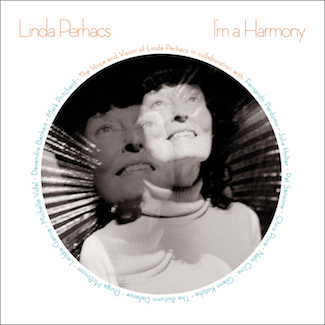 Linda Perhac’s first album came out in 1970- Parallelograms, a quietly received psychedelic folk album, that soon became a record-head deep cut, similar to Vashti Bunyan.  And also similar to Bunyan, after her increase in popularity over the decades became noticeable, Perhacs made a comeback – releasing The Soul of All Natural Things in 2014.  This year’s release I’m a Harmony highlights the collaborators Perhacs now works with, many of them indie music stars, like Wilco’s Nels Cline, Devandra Banhart, and her most frequent collaborator, Julia Holter, who appeared on the 2014 album and multiple tracks on this release.  Despite the time passing, with the assistance of her collaborators Perhacs creates another album of soft, psychedelic folk music.  Listening to this album will most likely make you want to go back in her catalogue if you haven’t already.

Margo Price – All American Made

Leaning more heavily on the “Country” genre, Margo Price has the crossover effect that any fan of singer/songwriters should give her a listen.  After her excellent 2016 debut, Midwest Farmer’s Daughter, Price returns a year later with the same stellar songwriting, and a Willie Nelson duet.  Her writing has gotten much more political, most notably on the song “Pay Gap,” lamenting the 75 cents we make per dollar.  And most directly on the title track, which samples a multitude of presidential speeches, overlapping – and goes into a commentary on what we’re told and what is reality in the country we live in – a conveniently topical subject and one that’s rare to hear from a country singer in a post-Dixie Chicks world.  She told Noisey:

“I wish that maybe more people would speak out.  Maybe they’ll start to. Things kinda seem like they’re at a changing point. Our country’s very divided, and that makes me sad. But I think we should speak out against things like white supremacy. There are things that are bad, and we need to not be afraid to say so. To not worry about album sales. Because, man, hardly anyone even buys records nowadays.”

We’ve seen so many bands thrive in the New York City DIY scene, and it seems like the wave now is with indie rock singer/songwriters, but there’s none like Laetitia Tamoko, stage name Vagabon.  A multi instrumentalist, Tamoko got her start at small Brooklyn venues and opening for other NYC indie superstars like Frankie Cosmos.  What makes her stand out is her mastery of the craft, especially the guitar which is often a key ingredient in making her songs so powerful, like the opening track “The Embers”, you can hear her guitar wail underneath her words, “Run and tell everybody that Laetitia is/a small fish”.  The other notable part about this album is that it doesn’t really care to be labeled as “indie rock” or anything like that, you’ll hear a bit of everything, from the wailing guitar, to soft acoustic picks you’d expect from a singer/songwriter, to an array of electronic sounds that you maybe wouldn’t.  With Infinite Worlds, Tamoko puts together one of the most stunning debuts of the year.  It’s also pertinent to note that Tamoko is representative of a small minority in the indie community – black women, and black people in general, who are underrepresented in the music genre and in the crowd, which Tamoko does not shy away from addressing in an interview with Pitchfork:

“I just also don’t want to be put into a box: ‘Look at this black musician.’ It’s like: I’m black. It is so clear. I do not deny it. I am doing this for all the black people like me who didn’t know that they could be in spaces like I am in. I have no crazy entry point. I had no friend who brought me in. I had no music school connection, and I want other people to feel like it’s OK to penetrate that scene. It’s cool.”